I backpedaled quickly as the path started to crumble beneath my foot. Well. That was a problem. Eyeing the ledge ahead, it didn’t look too stable either. I chanced a quick glance down at the river roaring a long drop below me, high and white with the early autumn rains.

To my left, up the slope, was a safer bet, though I didn’t really fancy the idea of climbing the steep slope, thick with dirt and damp leaves underneath the clustering trees. I had thought the path I was on was a good one to keep following the river, no signs saying it was unsafe, but obviously that was no longer the case.

My jerk of surprise pulled me left, fortunately, plastering my back to a damp tree trunk as I turned just enough to see who had spoken. There wasn’t supposed to be anyone else out here, not this far up from the falls.

The young woman standing on the path several feet back seemed normal enough: brown skin, straight black hair cut in a neat bob, and dark eyes, she was obviously from what had originally been a Nihon family. Her lack of accent told me she had probably grown up around here, though, or at least had been here for some time. Her clothes were unremarkable as well: jeans, sensible hiking boots, and a plain, tough-looking canvas jacket in dark green.

None of which explained why goosebumps had suddenly broken out across my skin.

“Um, a little,” I replied carefully. “I thought this path continued up the river, but it doesn’t seem safe now.”

Where had she come from so suddenly? How had she managed to avoid slipping in all the mud that I had on the way up? And was it coincidence that had brought her here just as I couldn’t go any further…or something more deliberate, and sinister?

A chill down my spine reinforced the goosebumps, and I did not take my back from the tree. I hadn’t paid any heed to the stories, people were always saying they’d seen something weird up in the woods, but now…

“In that case, follow me,” she offered with a small smile, “I know the area.”

The smile turned wry, and she offered me a slight bob of her head that was not quite a bow. “I did not cause the path to be unsafe, if that is what you are worried about.”

“But something caused it to be unsafe?” I ventured. For some reason, the oblique acknowledgment that she (and the situation) were not normal eased part of my worry.

She nodded solemnly. “It would be better if we did not linger too long.”

Another shiver down my spine. That might have been a lie, but it felt like a truth.

“Okay,” I said, finally stepping away from the tree and offering her a proper bow. I was glad, not for the first time, that enough Nihon settlers had made it this far east that we all learned and used those customs as well as the European ones. Better to be polite to the…person who was offering to help.

She accepted the bow with a graceful nod, and turned, heading back down the rocky river path for some ways. I followed, and was startled when she turned suddenly and began to climb a smaller dirt path up into the trees.

I would have sworn that it hadn’t been there on my way up. Gamely I went up after her, though my feet seemed to have a lot more trouble with slipping and sliding.

It was a steep climb for what felt like hours, though not much time had passed when the path finally leveled out and I could glance at my watch (cell phone reception out this far was spotty at best). The young woman (if that’s what she was) climbed on without pause, though, so I hurried to keep up, trying not to glance behind me. My sense of wrongness was easing away the further we got from the river path, though, which I hoped was a good sign.

My sense of weirdness had not abated at all, but that was different.

It was not until we got to the torii that I realized where we were going.

I knew there was a shrine up here, of course, everyone did. It was fairly well tended, which the fresh orange paint on the gate seemed to bear out, and the buildings all seemed in good repair as we crossed onto the main grounds.

Immediately, a barrier shivered into place behind me, a ward facing outwards.

I turned to look at it, and then back to the young woman (who was certainly not just a young woman) with wide eyes. She had spoken no incantation, used no signals or symbols or…or anything.

I had begun to think her a priestess of the shrine, perhaps, more perceptive and powerful than most, but that would not explain the kind of power that could raise a complex warding barrier with a mere thought.

The light of a faint, ethereal white scarf shimmered into not-quite-visibility up and around her head and shoulders, and she returned my stare with a sharper grin, her eyes also glowing ever so slightly. The sign of divinity should have looked incongruous with the hiking outfit she continued to wear, but it did not.

“Now, my guest, I believe we have much to discuss,” she said.

“I think so,” I agreed, bowing more deeply this time. Although I had intended to visit this shrine, it had not been my destination today. After what had happened on the path, though, and the unexpected truth of my rescuer’s identity, it seemed that this issue was more urgent than my previous errand.

“The reason the path was unsafe is proving more challenging than I had anticipated,” she told me, and the implication that even one such as she was having difficulty with it confirmed by assessment of the situation. “But I think together with the right assistance, the problem can be solved.”

“My services are at your disposal,” I promised her, “in thanks for your assistance just now, as well as a desire to have the path be safe again.”

“Excellent,” she said, and turned to sweep into her shrine.

Taking a deep breath, I cleaned my mouth and hands at the trough as was proper and followed.

Managed to keep it a little bit shorter than yesterday’s! And a quick glossary:

torii – literally “bird abode”, these are the red/orange gates used at the entrances of Shinto shrines in Japan. Google has good images for this. 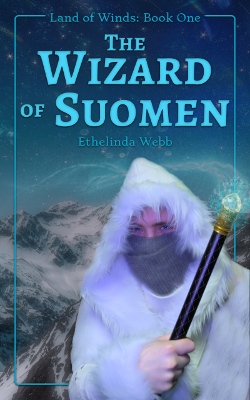