A corn field. Of course part of this stupid Fallfest scavenger hunt would take us into a corn field.

As if my night wasn’t complicated enough already.

My assigned partner for the evening, who had introduced himself as Jake, had been eager to win the hunt. We had flown through the first few items, barely taking any time to get to know each other even though this was supposed to be a dating game. ‘See how compatible you are by looking for clues and solving puzzles together!’ the brochure had said.

If he did, then this corn field was going to be even more dangerous.

“Shouldn’t we check around the edge first?” I asked. I wasn’t sure if the attempt to delay was strategic or just buying time for me to work up my nerve. “They probably aren’t expecting anyone to go into the middle of the field to find it.”

He did pause and look back at me, one eyebrow raised. “All of the other things have been hidden in more difficult places than we expected at first, right?”

As it had been all night, something about the way he looked at me was just slightly…off. It was hard to say how: gaze just that little bit too intense, smile a little too tight, movement just this side of too restless. Eager.

And not hungry in the ‘Hey, do you want to come back to my place for a good time?’ sort of way.

I kept my own expression unconcerned as I shrugged. “Yeah, you’re right. Just thought a little patience to think it through might save us some time.”

“Patience…is not something I’m known for,” he said, smiling again. It had an edge to it that I couldn’t quite place. “We’re supposed to discuss our strengths and weaknesses, aren’t we?”

“Yeah,” I agreed again, making myself smile. “You’re more of a go-getter, huh?”

“That would be one way to say it,” he agreed, and headed into the field.

I took a deep breath, and followed.

The corn stalks, dry and rustling now in late October, immediately engulfed us, standing much taller than my head. It was immediately eerie, and I suddenly understood how easy it would be to get turned around in here, with low clouds overhead making the sky blank of moon or stars.

I did my best to keep Jake in sight, and for awhile he let me. We did not talk.

“I think we’re near the center of the field,” he said abruptly, “let me just check and see if it’s up ahead.”

My heartbeat notched up. I nodded, and forced myself to say nonchalantly, “Okay, I’ll wait here.”

His grin was hungrier than ever, but it vanished along with him as he turned sideways into the corn and disappeared.

I tucked my hands casually into my coat pockets, trying to look like I was warming chilly hands.

In truth, I was wiping sweat off my palms, and getting a good grip on my long knife.

It probably wouldn’t be enough, given that I wasn’t sure exactly what he was. If he was just a human, then I probably had a chance.

If he wasn’t, then maybe nothing would have been enough, and the knife was as good a choice as any. Surprise was my real weapon, though, and I had to wield it carefully.

The monsters don’t usually expect you to hunt them back. 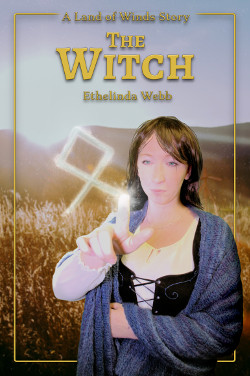